George Brecht (born George Ellis MacDiarmid) studied chemistry and worked as a research chemist before fully devoting himself to art in the early to mid-1960s. His engagement with chance as a method for creating art – reflected in the essay Chance-Im-agery and Chance Paintings, both from 1957 - moved him to attend John Cage's seminal class in experimental composition at the New York's New School for Social Research from 1958 to 1959. Following Cage, he initially wrote chance-based scores for music, but gradually reduced the role of sound. In the early 1960s Brecht developed his much acclaimed event scores – proposals of outstanding simplicity and openness serving as cues for perceptual experiences and actions. In 1963 they were published as Water Yam, one of the first Fluxus boxes. Brecht's scores such as DRIP MUSIC (DRIP EVENT) (1959-1962) or WORD EVENT (1961), among many others, became classic Fluxus pieces , frequently performed since the emerging network’s first European festivals of 1962.

Brecht's interactive “arrangements“ of everyday objects like The Cabinet (1959), which were meant to be physically used by viewers, and his object-based realisations of event scores such as THREE CHAIR EVENTS (1961) pushed the artistic use of the found object from the purely visual toward the spatio-temporal realm of the event. Brecht realised many joint projects, most notably with the fellow Fluxus artist Robert Filliou. Their shop La cedille qui sourit (1965-1968) in Villefranche-sur-Mer, dubbed the “International Center for Permanent Creation“, functioned as a frame for the production and distribution of experimental artworks, games and poems. In 1965 Brecht left the U.S. for Europe, living in ltaly, France and England, before settling permanently in Cologne in 1971.

Goerge Maciunas was a designer, architect, artist, and the main Fluxus organiser. Maciunas immigrated to the U.S. with his family in 1948 and studied art history, graphic art, architecture, musical theory and European and Siberian Art of Migrations at various universities from 1949 to 1960. In 1960, when Maciunas was still connected to the Lithuanian diaspora of New York, he conceived his first plans to publish a magazine calles Fluxus. In 1961, in the AG Gallery in New York that he ran together with Almus Salcius, he organised his first concerts with artists that would later be known under the name of Fluxus. Still in 1961, Maciunas took a design job at the U.S. army in Germany (Wiesbaden) and there met Emmet Williams, Nam June Paik, Benjamin Patterson and Wolf Vostell. In September 1962, the first series of concerts organised by Maciunas Fluxus – Internationale Festspiele Neuester Musik took place in Wiesbaden, attracting considerable attention and unsettling the public, mainly due to the complete destruction of a grand piano. Further festivals followed in Copenhagen, Paris, Düsseldorf, Amsterdam, Nice and other places. As a fervent communist, Maciunas's main aim for Fluxus at that time was the union of ''revolutionary-realist artists'' with the ''revolutionary-realist society'' of the USSR. However, numerous plans for travel to and even the complete transfer of the Fluxus ''collective'' to the former Eastern Bloc were never realised. Having returned to the U.S. in 1963, Maciunas continued to be the main organiser of numerous Fluxus events and the self-appointed “chairman“ of Fluxus.

Maciunas published numerous editions by the artists of the network (which he himself designed), and from 1966, he planned and organised the Fluxhouse Cooperative, which established SoHo as an artists’ quarter. In 1975, Maciunas moved to New Marlborough, Massachusetts. He died of cancer at the age of forty-six in 1978.

From 1952 to 1956, Benjamin Patterson studied music at the University of Michigan. For some time after this, he played double bass in various symphony orchestras. In 1960, he moved to Cologne, where he played an active part in the new music scene associated with Mary Bauermeister’s studio. During this time, he wrote pieces such as VARIATIONS FOR DOUBLE-BASS (1961) and PAPER PIECE (1960), which became Fluxus classics and were frequently performed at Fluxus concerts, the latter one until today. In 1961, together with Robert Filliou, Patterson exhibited his Puzzle Poems in Paris. In 1962 Patterson took part in all of the crucial earyl Fluxus events like the Kleines Sommerfest: Après John Cage in Wuppertal, Neo-Dada in der Musik in Düsseldorf, the Sneak-Preview: fluxus, happenings, environments, poèmes, danses, compositions in Paris and the Fluxus – Internationale Festspiele Neuste Musik in Wiesbaden. He returned to the U.S. in 1963, where he initially worked as a librarian and continued to play an active part in Fluxus until 1967, participating in numerous concerts and performances. From 1967 to 1988, he withdrew from the art world and during this period worked as a manager and director of various cultural institutions. He took up his art again in 1988 with an exhibition of assemblages in the Emily Harvey Gallery in Ner York. Since then, he has taken part in numerous exhibitions and performances around the globe. In 2004 Patterson realised a dream that Maciunas had fostered forty years earlier – a performance-journey through Russia, Mongolia and China as far as Japan, with various interim stops and performances. in 2012 Patterson received the Kulturpreis (‚Culture Prize’) of the city of Wiesbaden and presided over the activities celebrating the fiftieth Fluxus anniversary in the city. 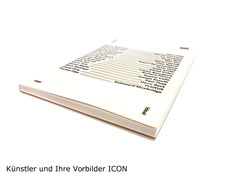